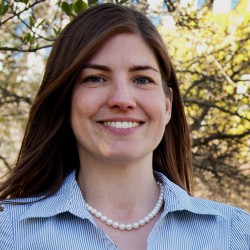 Dr Emma R. Andersson is a Principle Investigator running a lab with two sites, one at the Department of Cell and Molecular Biology at the Karolinska Institutet, and one at the South campus of the Karolinska University hospital. As a Ph.D. student with Ernest Arenas at the department of Medical Biochemistry and Biophysics (MBB) at Karolinska Institutet, she elucidated several roles for Wnt signaling in the morphogenesis and differentiation of the embryonic midbrain. After defending her PhD in 2009, she pursued postdoctoral studies with Urban Lendahl at the department of Cell and Molecular Biology (CMB), also at Karolinska Institutet, where her work focused on the role of Notch signaling in development and disease of the nervous system and in the liver. In order to devise a method to rapidly manipulate gene expression in the developing embryonic nervous system and other organ systems, she performed guest research in the laboratories of Professors Elaine Fuchs and Mary E Hatten (Rockefeller University, New York, USA) to further develop the technique of ultrasound-guided in utero microinjection of lentivirus. This technique was originally developed to target developing skin, but the Andersson lab has now established protocols which allow targeting of several organ systems during development, including the nervous, gastric and respiratory systems. She has established the technology as a core facility (Infinigene: Infrastructure for ultrasound-guided in utero injection and rapid genetic manipulation in mouse), in addition to a core facility for virus production. Full CV. 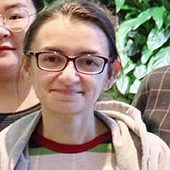 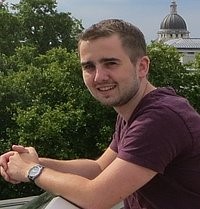 Rob Driessen obtained his bachelor and master degree in Biomedical Engineering at the Eindhoven University of Technology. For his master thesis he studied the effect of gas plasma modifications for in situ tissue engineering in the group of Carlijn Bouten. As part of his master program he visited the lab of Elena Aikawa at Brigham and Women’s Hospital and Harvard Medical School in Boston studying the role of radiation on valvular calcification.

Rob is a PhD student with Carlijn Bouten and Cecilia Sahlgren in Eindhoven. He studies the effect of hemodynamic forces on Notch signaling in the cardiovascular system. In this project he has a special interest for the effect of shear stress on Notch signaling in endothelial cells. Currently Rob is visiting the Andersson lab to investigate the role Jagged1 in the shear stress response by using the Ndr mouse model. 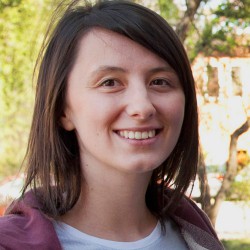 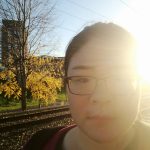 I received my Master degree from Zhengzhou University in China, majoring in reproductive medicine. This year, I moved to Sweden and joined Prof. Andersson’s lab at the Department of Cell and Molecular Biology (CMB) to continue my studies. My passion for research is extremely strong and I am very interested in the cutting-edge new technique ultrasound-guided nano-injection.
My PhD project focuses on the liver Notch Code, aiming to investigate the roles of different Notch receptors and ligands in controlling embryonic liver development and malignancy. We also aim to investigate how and whether miRs can be used to regulate Notch signaling in liver.
Elucidating how different Notch components interact during liver development and homeostasis will be essential to improve our basic understanding of the developmental processes, and would also allow improved precision therapy for Alagille syndrome and liver cancer.

Noémi received her PhD in 2011 at the Université catholique de Louvain (UCL) in Belgium where she worked on the relationship between liver progenitor cells and extracellular matrix in the regenerating liver under the supervision of Prof Isabelle Leclercq. Short after, she joined Prof Tania Roskams’ liver pathology lab at the Katholieke Universiteit Leuven (KUL) where she had the opportunity to work with human liver samples representing a broad range of liver disease. Early 2014, Noémi exchanged Belgium for Singapore to work on a liver project in the Cell Cycle and Cancer lab at the Institute of Molecular and Cell Biology (IMCB), A*STAR. A collaboration with a lab specialized in tight junctions, led to the observational finding of a mouse model lacking bile ducts which was the onset for a growing interest in bile duct morphogenesis, tubulogenesis and maintenance. In April 2018, Noémi joined Emma Andersson’s lab to participate to the in-depth analysis of the malformation of the biliary tree in the Nodder mouse model aiming at understanding the hepatic manifestation of the Alagille syndrome. 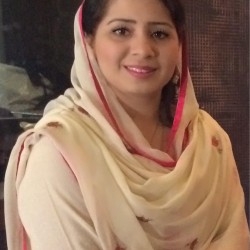 Afshan is recently recruited to pursue doctoral studies. She is also working as Lecturer at the University of the Punjab, Pakistan. Her PhD project aims to develop therapies for Alagille syndrome and to elucidate the mechanism of Notch control of growth factor pathways in Alagille syndrome. In parallel, she will study whether putative treatments are not only sufficient, but safe. 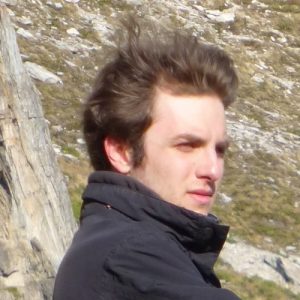 David has an MSc. in molecular biology from Uppsala University, where he worked on ribozyme catalysis. He studies gene regulation by microRNAs, with a special interest in their target selection and role in regulatory networks underlying cellular and developmental processes. 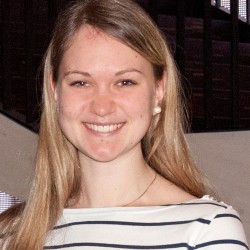 I am focusing on the development of the central nervous system and the contribution of DNA mutations to the onset of brain disorders like cerebral palsy. My main interest is to discover de novo mutations in patient samples and combine this with high through-put in vivo screens to investigate the role of the affected genes in brain development. For this I am using ultrasound-guided in utero microinjections of lentivirus to induce widespread alteration of gene expression in the embryonic murine central nervous system.

Since this technique is a powerful alternative to common knock-out model systems, I am also involved in several collaborations with groups at Karolinska Institute that are focusing on the development of other organ systems like the heart, lungs or kidneys and are interested in using ultrasound-guided microinjections in utero as well. 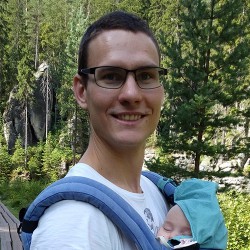 Janek obtained his PhD at Charles University in Prague. Originally coming from the laboratory of Vitezslav Bryja in Brno where he got charmed by the Wnt/b-catenin signaling pathway, he continued in Prague in Zbynek Kozmik´s lab. There he focused on the role of transcription factor Tcf7l1 in early events of the mammalian neural crest cell development. His current goal is to elucidate the specificity of the individual Notch ligands towards their receptors in the context of early liver formation and disease. 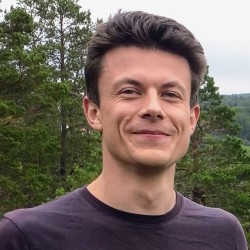 Dimitri Schritt graduated from the University of Canterbury with a PhD in Mathematical Physics in 2013. He spent his first postdoc at the Immunology Frontier Research Institute of Osaka University developing software tools in python for antibody tertiary structure modelling. His interests include machine learning, Bayesian statistics, and finding efficient computational solutions to challenging biological problems.

When he’s not writing code, he enjoys bouldering around Stockholm. 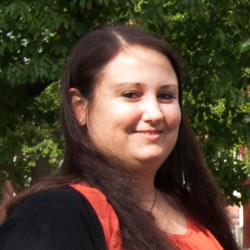 Bettina Semsch was born in Heidelberg, Germany. In 2009 she moved to Sweden and was an animal technician and team leader at the production unit KM-W and INFINIGENE. From the 1st of April 2016 she was promoted to animal technician specialist.

In August 2015 she joined the Andersson Lab. She works for 50% for INFINIGENE doing ultrasound guided nano-injections in utero and 50% for the lab. Bettina is an expert in embryo transfer, cryopreservation, vasectomi, microinjection, anasthesia, taking bloodsamples and much more.

During her free time, Bettina likes to meet friends, cook, read, go to the movies, travel and she is absolutely fascinated about astronomy & astrophotography. She likes to look at planets, stars and galaxies through her telescope. On her last visit in Germany she met the German Astronaut Alexander Gerst after his lecture for a short talk and it was such a great experience to talk to him.

Bettina’s best moment is a parabolic flight where she was weightless for over 30 minutes – she really wants to do that again as soon as possible! 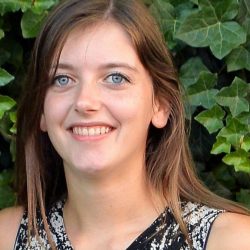 I am a Life Sciences bachelor student at the University of Applied Sciences Utrecht specialized in microbiology. For my course “International Career Experience” within the studies I am joining Emma R. Anderssons lab for five months to extend my knowledge into the field of biomolecular research. Under supervision of Simona Hankeová I am working on a project about vascular defects in the retina of the Nodder mouse model (Andersson et al, 2018).